Well, I was going to hold on to this until next week, but I'm moving next week! (crazy how time flies!) So, here you have it. Guest blogger, Andrea Pearson, my very own sweet cousin =).

To preface, I asked Andrea to write a little about her experience writing her book, getting to the published state and her plans for the future: 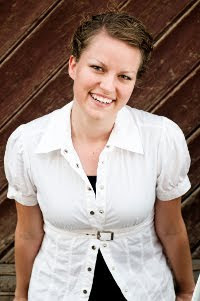 Writing is one of the most difficult things I've ever done. Conversely, it has also been one the most rewarding. I didn't start out my life wanting to be a writer. In fact, I made it through the first twenty years of my life not wanting to do it—I was more focused on painting and drawing. However, while serving a mission in Canada, I was forced to turn to writing as an outlet: my journal and the emails and letters I sent home. I found satisfaction in emotions and ideas put on paper.

After returning and getting through a few years of college, the opportunity finally arose to begin my story. It took me six weeks to writeThe Key of Kilenya and a year and a half to edit and revise it—which, if I'd known up front, would've killed me. I wrote it while working full time and taking the most credits allowed at BYU, including a three-hour business writing class. (It's a miracle I didn't burn out!) But my book became my outlet, and I was crazy about it. A friend introduced me toValor Publishing Group—and I submitted to them, waiting on pins and needles to hear what they thought of my book. They accepted it, and we signed on President's Day this past February (2010). I couldn't be happier with them!

There are many things I learned during this process. First, to never, ever have people read first drafts. This seems like a “no duh” thing, but I was so naïve, I was positive they'd fall in love with it as much as I had. Most of them did, but I should've waited and given them a better version, rather than deal with the criticism over a first draft.

Next, I learned to take every critique and suggestion with a grain of salt, including those from professional sources (though one should carefully consider what an experienced editor/author has to say). The only person who truly knows my story is me. No one can tell me to change the names of my characters, to use a different writing style, or to cut 40,000words (a suggestion from a professional editor, which I followed. Needlessto say, my current editor choose to use the previous version of the manuscript because it had meat in it. Sigh.), or to cut anything for that matter. Of course, if you've signed a deal with that person, then you should definitely listen to him/her. :-)

On the other hand, I learned if three or more people (from different sources) suggest or point out the same thing, without knowing others are saying it, then it's a legitimate concern. People ask me what I'm going to do with my time now that my book is about to be published. The answer is: write book two! The Key of Kilenya is the first in a series of six. With one book coming out each year, I've got my work cut out for me. Besides that, it'll take me at least twenty years,writing a book each year, to get through all my ideas. Regardless of whether my stories sell or not, I won't be happy unless they're on paper.:-)

For more information on my book, come visit my website:http://andreapearsonbooks.com. I love meeting new people, so introduce yourself to me through my blog or twitter (listed on my website). Thank you to Kathryn for allowing me the privilege of being a guest blogger!


Thank you Andrea for doing this! It is always great to hear that there are people out there getting published, it IS possible =). And you've really inspired me to keep on truckin' along. Writing is an incredible amount of work, but so exciting as well.
Written by Kathryn Packer Roberts at 4:47 AM

Good luck on your move. Moving is worse than a root canal.

I found your guest blogger intriguing with nuggets of hope and wisdom for those of us yet unagented and unpublished.

May your Sunday be healing, Roland

What a wonderful inspiration!!! I loved this interview it was fantastic! I have never seen one like this before but it gave us such a different take on actually knowing the author!

How amazing to have written so quickly! I wrote mine in 5 weeks and I'm currently in the revision stages and I must say it is a nightmare at the moment!

wow what a great post!! it was such a refreshing read, and a great take on the literary industry as a whole.

thanks so much for sharing!

Thanks again, Kathryn, for letting me post! And good luck with your move. :-)

Confession...I have an addiction to the smell of new notebooks and pencils.

On this blog you will find my thoughts on writing, my projects and any other thrilling tidbits I can throw in to excite the masses.

If the above link doesn't work, try this: WriteOnCon

Amidst the dreary struggles of mankind a light shines irrevocably through the gloom. We stretch longing faces to it, soaking in the bliss found, making all else fade into shadows behind us.

If you have any questions for me please e-mail them to kprwrite@hotmail.com